Well the headline is a BIT misleading.

This month, it looks like the city has decided to pick up the garbage, but not the recycling: 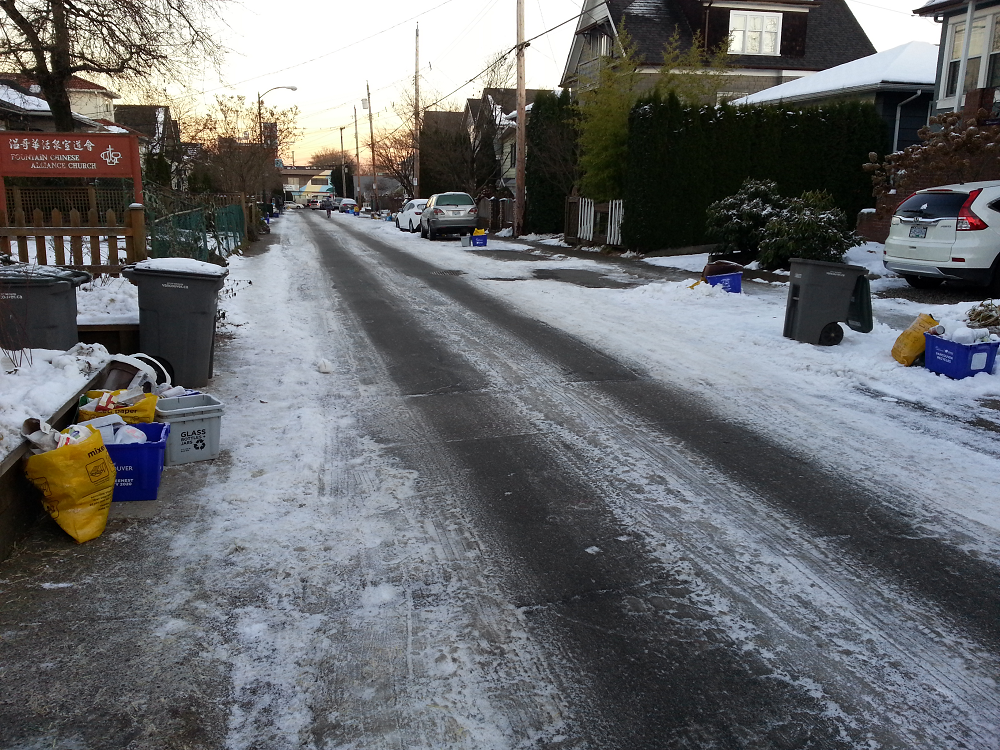 This is the second week in a row they haven’t picked up the garbage.

Time to shoot the email around the neighbourhood’s distro list and see who wants to phone the city THIS time to complain.

Benny across the street had a great idea. He thinks one of should try to renovate a bathroom without a city permit, and then when a city guy shows up with a stop order, we quickly throw our trash in the back of his pickup.

But seriously folks, if the trend continues, in ten year’s time, I’ll be paying my wife’s salary in property tax and the driveway will be 3 feet deep in crap.

Vancouver now contracts out garbage pickup. Yes you heard it correctly, the city got tired of dealing with the union and contracted out sanitation services.

Take notes Harper. This is why you lost the last election. You weren’t ruthless enough.

Well good thing for you bleeding hearts lefties (and those of you interested in basic municipal services) the next municipal election is taking place soon… in October 2018. (Yes it’s that long away).